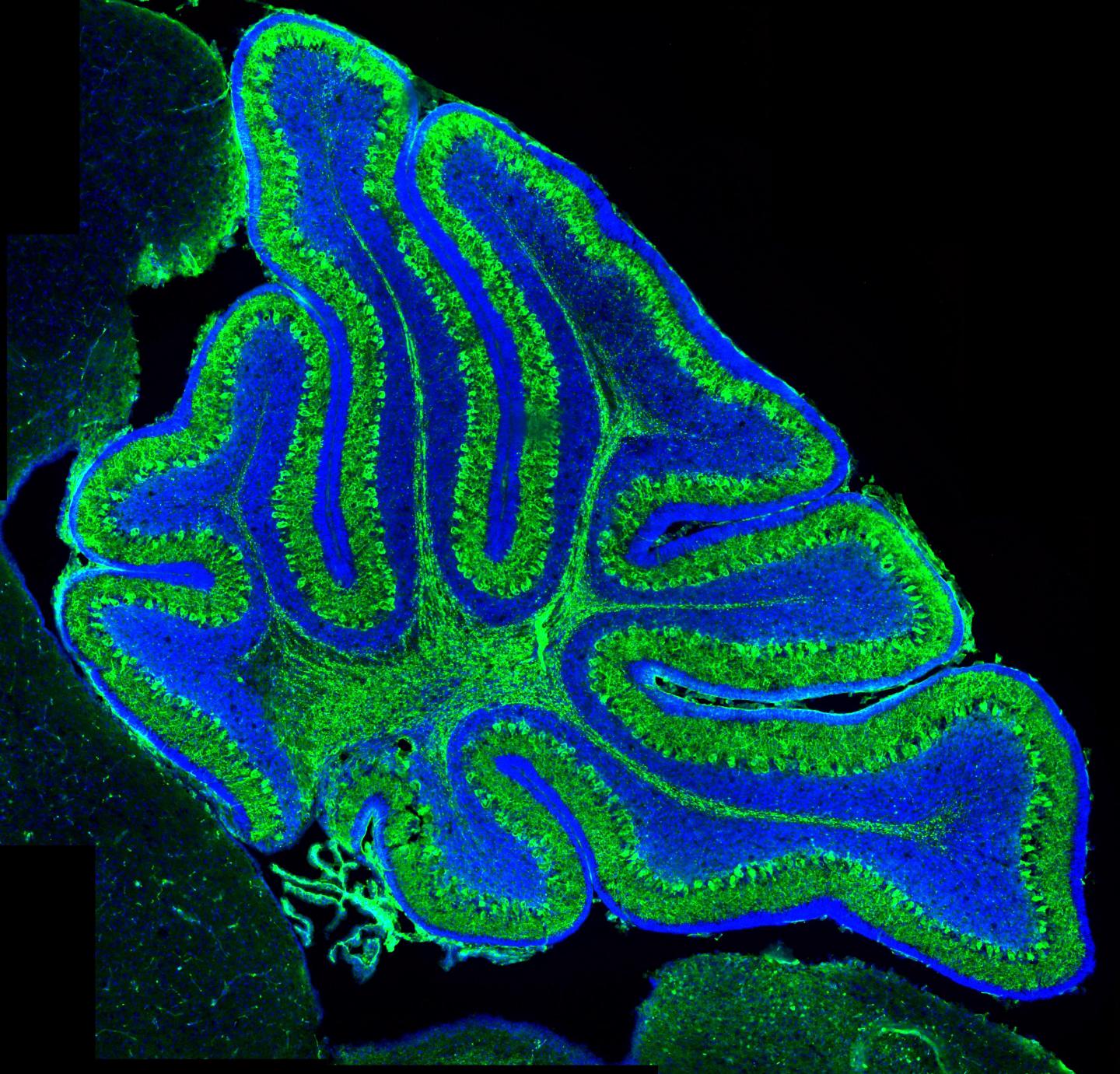 Temporal lobe epilepsy, as the name suggests, mainly affects the temporal lobe of the brain. This lobe is located at the bottom of the brain (take a look at the image below for reference). One particular structure within the temporal lobe is called the hippocampus. Its main job is creating memories in the brain but, when something goes wrong, it can often trigger seizures and epilepsy. For that reason, many new treatments are targeted directly to the hippocampus.

A recent paper by Drs Martha Streng and Esther Krook-Magnuson (lab website here) at the University of Minnesota found that targeting a small cluster of cells close to the back of the brain can powerfully stop seizures in an animal model.

What is exciting about the new approach?

Instead of focusing their attention on the hippocampus, Drs Streng and Krook-Magnuson took a different approach. They targeted the activity of the cerebellum, a structure at the back of the brain (see the diagram above) that helps us to co-ordinate our movement. The work is particularly striking because the cerebellum isn’t typically associated with epilepsy and doesn’t appear to interact directly with the hippocampus.

What is the potential new treatment?

How does this stop seizures?

The short answer is that it’s not clear. The authors of this study did not see any direct connections from their target cells in the fastigial nucleus into the hippocampus, where the seizures are coming from in this model. That means the treatment probably works via interactions with other structures in the brain, though we don’t yet know which ones.

What are the next steps?

As with many new therapies for epilepsy, this approach was developed in rodent models (specifically mice in this case). There is no obvious reason why it won’t work in human patients, but that needs to be tested first. Past clinical trials using electrical (instead of optogenetic) stimulation of the cerebellum had mixed results. The hope here is that the use of cutting-edge optogenetic technology overcomes some of the limitations of the previous trials. A main advantage is that optogenetics is so much more precise and can be carefully targeted to certain desired types of brain cells. This is compared to electrical stimulation, which activates any and all cells in a very crude way. Finally, the new treatment from Streng and Krook-Magnuson is only activated on-demand, when a seizure starts. This is a huge advantage because the brain is left alone to work normally when seizures are not happening.

Dr Streng told us: ‘We think these results are impactful because they suggest that the fastigial nucleus can be a powerful target for therapeutic intervention in temporal lobe epilepsy. We also think that the specificity in both cell types targeted and the direction of modulation (excitation versus inhibition) offered by our optogenetic approaches may shed some light on the previous somewhat mixed effects of electrically stimulating the cerebellum to stop seizures.‘

Overall, even though we don’t completely understand the mechanisms of how stimulating the cerebellum can stop seizures, it is a very powerful potential new therapy for epilepsy.

‘Excitation, but not inhibition of the fastigial nucleus provides powerful control over temporal lobe seizures’ was accepted for publication in the Journal of Physiology in November 2019. Cover image of mouse cerebellum by Andrew Bashford and Vasanta Subramanian, taken from https://www.eurekalert.org/multimedia/pub/197289.php.