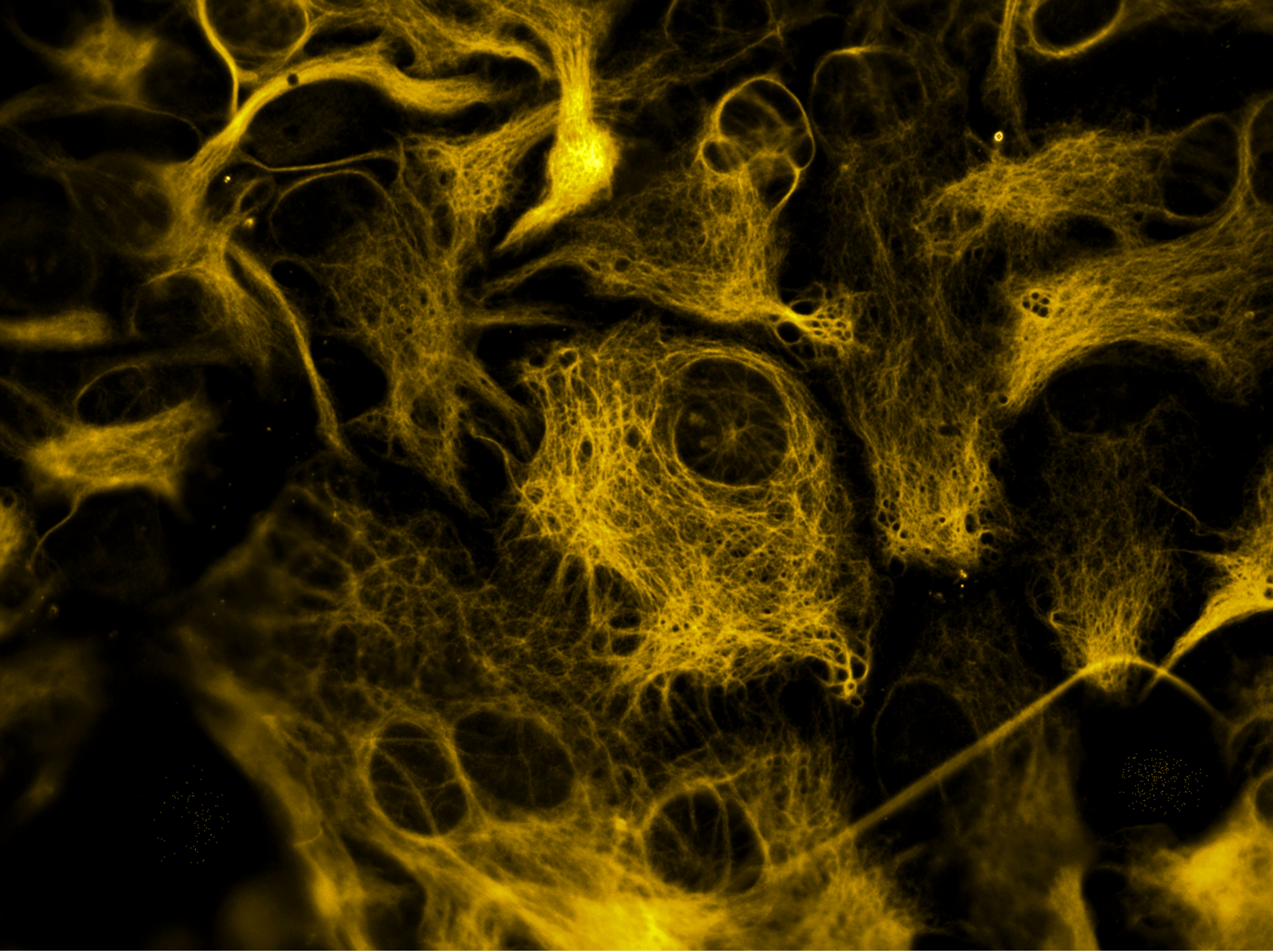 This post was written by Janosch Heller, a Marie Skłodowska-Curie Actions Research Fellow from the SFI FutureNeuro Research Centre.

The stars of the brain

When you are asked to think about the brain, you probably imagine specialised nerve cells called neurons that send electrical signals back and forth. And when asked about diseases such as epilepsy, you probably think of a disturbance in the way the nerve cells communicate with each other. They might either send too many signals or not enough of them, ultimately disturbing the fine balance of so called excitation and inhibition that is needed for brains to function properly.

However, another type of cell, which is present in equal numbers to neurons, so called astrocytes, plays essential roles too, both in the healthy brain and in diseases such as epilepsy. The name astrocytes translates to ‘star cells’, given to them because of their shape as they extend many processes throughout the brain that make them look like stars. These processes are reaching out to nerve cells and to blood vessels that cross the brain. Astrocytes are really important. They can be found everywhere and they are involved in most processes that are happening across the brain. Most notably, the astrocytes provide food for the neurons and clean up their mess. They are a little bit like the housekeepers of the brain.

A water channel that helps with sending information

Just like any other cell in the body, the surface of astrocytes is filled with proteins that sense the cells’ surroundings and then send signals back to the cells to control and change their behaviour. These proteins play important roles in brain diseases. Among those proteins, the water channel ‘aquaporin 4’ seems to pop up in several different diseases, including epilepsy. Aquaporins are tiny pores that sit in the membrane that forms the external lining of all cells. The pores can open and allow water to pass through them, either out of the cell or into the cell. This can cause cell swelling when too much water enters a cell or it can lead to cell shrinkage when too much water leaves.

In the brain, aquaporin 4 is mainly found in astrocytes. Usually, it is located close to blood vessels in the brain where it is involved in waste removal and food supply.

In epilepsy, however, aquaporin 4 moves away from blood vessels and can be found throughout the brain tissue, covering more or less the whole astrocyte membrane. This has devastating consequences and hinders several important astrocyte functions. These include energy/food supply, waste disposal and also control of salt content. In the brain, the salt content of the cells – as well as the surrounding environment – has to be tightly controlled because changes in the salt content are a means for cells to communicate with each other. If the salt content is not controlled properly it could lead to seizures and ultimately the development of epilepsy. So, it is important to remember that aquaporin 4 is involved in controlling the salt content of cells and their surroundings.

In people with epilepsy, and in animal models of epilepsy, aquaporin 4 was found to be in the wrong place; it was not found close to blood vessels, where it should be, but instead seems to lose its bearings and end up located throughout the astrocyte membrane. It is not known however whether aquaporin 4 changes are a cause or consequence of seizures and epilepsy.

Aquaporin 4 in the development of epilepsy

Dr Binder and his team from the University of California, Riverside, set out to answer this question in their recent publication entitled ‘Modulation of posttraumatic epileptogenesis in aquaporin-4 knockout mice’ published in Epilepsia earlier this year. The researchers wanted to understand the role of aquaporin 4 in the establishment of post-traumatic epilepsy. They used a genetic trick to remove a gene and hence the protein from an organism. These mice do not have aquaporin 4 anywhere in their body. Even though aquaporin 4 is an important protein, the mice appear healthy and do not show any clear abnormalities. The mice do, however, behave differently when they develop epilepsy. The researchers compared animals with and without aquaporin 4 after causing epilepsy with a traumatic brain injury. When the animals developed post-traumatic epilepsy, the researchers found that the animals without aquaporin 4 had much longer lasting seizures.

What this means for people with epilepsy

This publication, among others, highlights the importance of astrocytes in the development and the severity of epilepsy. Nonetheless, astrocytes have been neglected as therapeutic targets in epilepsy so far. Available anti-epileptic drugs all act on nerve cells. Recently, aquaporin 4 and other proteins located in astrocytes have emerged as promising candidates for further investigation and targeting in epilepsy.

Janosch is a German biologist who lives and works in Dublin. He read biology in Germany before moving to the UK to study for a PhD in Clinical Neurosciences. After working as a scientist in London, Janosch moved to Dublin to join the Royal College of Surgeons in Ireland. He is researching how astrocytes change in diseases such as epilepsy and how we can target these cells as novel treatment options. In his free time, Janosch likes to explore the Irish countryside and enjoys a good novel and reality TV shows.